Your Guide to Moving to Chicago

Home | Chicago Moving & Storage | Your Guide to Moving to Chicago 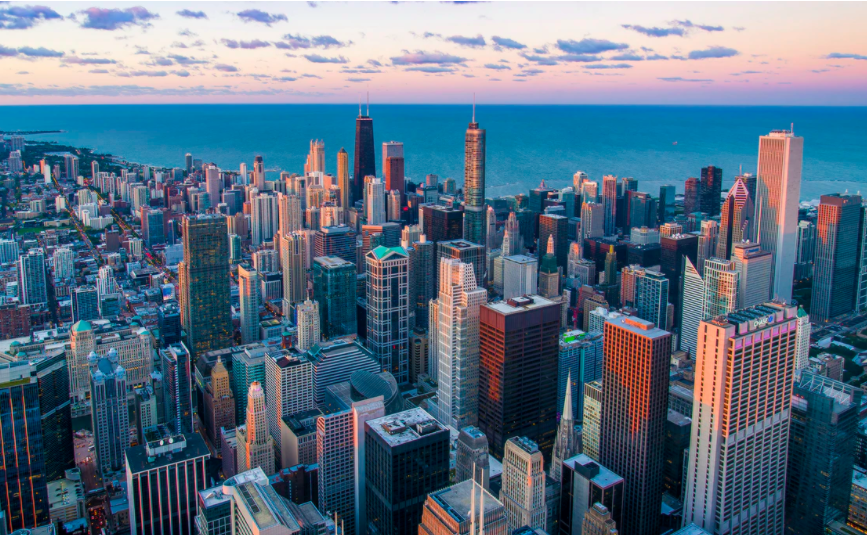 Your Guide to Moving to Chicago

Chicago is one of the biggest cities in the United States, third only to New York City and Los Angeles. It’s one of the most exciting places to live in the country, and you’ll definitely see why once you move here. If you’re just in the planning stages of moving to Chicago from somewhere else in Illinois, or from somewhere out of state, we’ve got everything you need to know about moving to Chicago, and what to expect once you get here.

Chicago has a lot to offer anyone who moves here, no matter what sort of interests you might have. From amazing and plentiful parks, to cool museums and cultural attractions, to great food and a great nightlife scene, Chicago has a little something for everyone.

Neighborhoods like Roscoe Village, Humboldt Park, and Andersonville are neighborhoods that are accommodating to those new to the area, while also being rich with history. These diverse areas have heavy Puerto Rican, Swedish, and German influences which can be seen in the areas’ eclectic shops, restaurants, and galleries.

Some of the most upscale neighborhoods in Chicago are located right on, or very close to, Lake Michigan and the city center. Think South Loop, Lincoln Park, Lakeview, and Gold Coast. These restaurants have a lot to offer in the way of restaurants, historical attractions, and huge parks throughout each neighborhood.

If you’re looking to move to Chicago, but don’t necessarily want to move into the city itself, it also boasts a bunch of beautiful suburbs to choose from for your relocation. Evanston is a very popular suburb, which is located close to the city limits, but also far enough away to forget you’re even in a huge metropolitan area. This neighborhood is also home to Northwestern University. Joliet, La Grange, and Wheaton are also popular areas.

Once you’ve successfully completed your move to Chicago, it’s time to explore! The city offers a ton of things to do, as well as a lot of parks and attractions to get lost in.

Everyone knows one of the first things you have to do when you visit Chicago is to visit Millennium Park, and of course The Bean.

Want to experience the arts scene in Chicago? Look no further than the Chicago Arts District to experience beautiful exhibits and works of art right in your new backyard.

When to Move to Chicago

The best time to move to Chicago is in the spring or fall. It’s not too hot, humid, or, even worse, too cold or snowy for moving during these times, and is right within the sweet spot of convenience and in receiving great pricing for moving off-season.

Now that you’ve decided where and when you want to move to Chicago, as well as a couple of attractions to add to your sightseeing list once you’ve arrived here, make sure to go with movers familiar with the city’s unique neighborhoods to make sure you receive the best move possible. Chicago Movers are proud to offer only the best services to our customers, and will give you the best Chicago move possible.

Get an Estimate Over
Video Chat

BASED ON 2016
UNIGROUP SURVEY RESULTS

To Start Your Stress Free Move

GET A FREE QUOTE

What Our Clients Say

My move went very well. All of the people working for you were great. That includes the office staff, the movers in Downers Grove and the movers in Goodyear. The drivers and movers on both ends worked diligently, carefully and did not waste any time. They were courteous and neat.

Thank you for your wonderful service. I wish I could remember the gentlemen's names because I would tell you how wonderful each one was. I use the term gentlemen because they were. So patient and efficient. I would definitely use your services again and would recommend Hollander Moving to friends…

Moving 3 times in 2 ½ years is not something Lynn would recommend to anyone. For us, it would have been impossible without the assistance of Chris and his crews at Hollander Moving and Storage. We’ve done home-to-home, home-to-condo and condo-to-condo moves. In each situation, we found Hollander’s staff to…

Overall we were very pleased with our experience with Hollander moving. Mr. Bello, our contact in Mexico was attentive to our needs and questions. The ATI packing team was outstanding. It was a pleasure to watch them work together--a real spirit of cooperation. The morning we were leaving Mexico we…

Hollander Movers were better than excellent. My move from Park Ridge to Des Plaines went without a hitch. We even had to make a stop to pick up items from a storage locker. Nick's crew was very careful and professional and even helped with unpacking and hanging some pictures. If…

Yes, all the crew members were excellent. We would recommend you. The movers were work horses, very pleasant, and took care of all of our belongings with great care. We are waiting for a call back from Adrienne Ross about an issue. I spoke to her on Tuesday and she…

We were very happy with our move with Hollander and will recommend to family and friends in the future.

Good company. Prompt, professional & friendly service. I would recommend them to friends.😊.

We are processing the form. Thank you for your patience